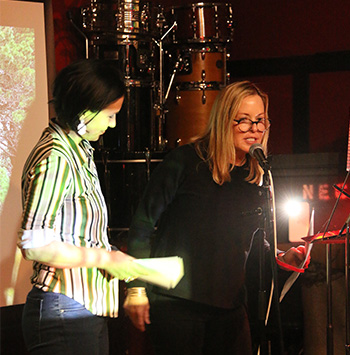 On Tuesday, November 12th, Boston Post Adoption Resources sponsored the first Voices Unheard speaker event in Cambridge at the Lilypad. It really warmed our hearts as so many familiar faces gathered into a full room and listened to the experiences of adopted people.

November was National Adoption Awareness Month, so it felt extra important to create a forum where adult adoptee voices could be heard. The event, which helped raise awareness of post adoption thoughts and emotions, gave deeper understanding and insight to the friends and families of those who are adopted or who had grown up or spent parts of their lives in foster care.

“I was deeply moved, hearing first person accounts of the effect of being adopted. When I grew up, the common ‘wisdom’ was that the children who were adopted weren’t affected by it. What I heard at Voices Unheard convinced me otherwise. The participants’ individual stories carried common themes of loss, confusion, abandonment, and disconnection. It is clear that adoption has an effect on present day life. The performances motivated me to help an adopted family member better know and connect with their roots. This event has been transformational for me!!” —Carla, an audience member who was reunited with her biological nephew in his adulthood. 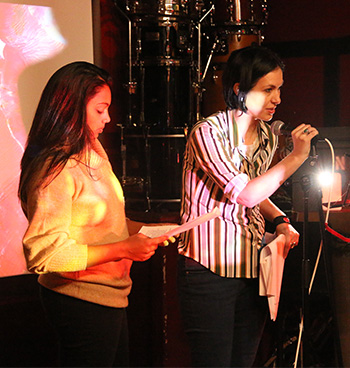 The motive behind Voices Unheard was to hear from those who are actually adopted about adoption. Often these experiences of what adoption is supposed to mean are told to the adoptee by those who are not actually adopted: by the media, who advocate the idea that adoption is simply a sweet simple story of gaining a family. Adoption is so much more than that, and it is complicated. Its both a win and a loss at the same time. At BPAR we know that so often the loss part of the equation goes unrecognized or suppressed. Adoptees’ experiences are often minimized, and so our fuller truths go unacknowledged. As adoptees, we may not even acknowledge the loss for much of our lives, until something happens which forces our attention to it. This catalyst could be an accumulation of things like: the birth of a child close to us, a reunion with biological family, or a pattern of real difficulty in our intimate relationships.

We continue to feel so grateful to the courageous writers who read their heartfelt pieces about their experiences at Voices Unheard. Through their work, our audience heard about loss, about grief, about not fitting in, about identity or lack thereof, about fear, about resilience, and about healing and love. 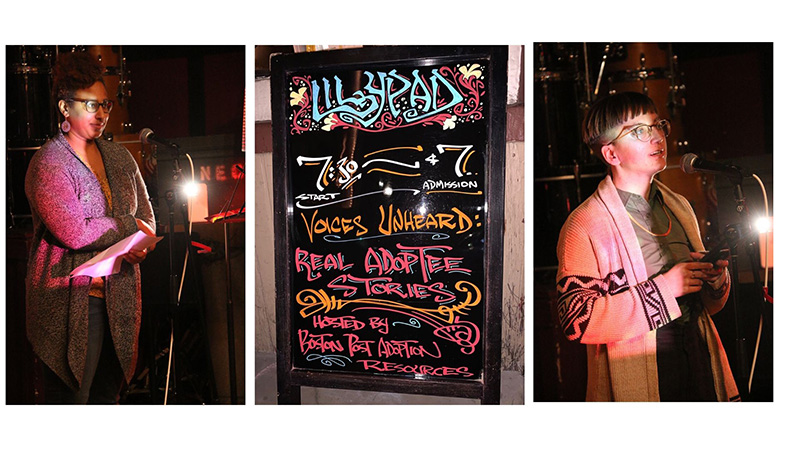 We hope to keep doing these events, and we need more Voices Unheard to be heard, so please, if you were raised outside of biological home placement, if you are adopted or if you have spent time in foster care please consider submitting to us to read at our next event!