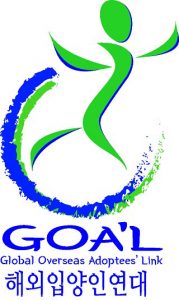 Founded in 1998 by a group of adoptees, G.O.A.’L primarily helps people who wish to find their birth family in Korea, particularly those who live abroad. “They want to find the missing link in their own identity,” says AK. There are currently 3 agencies that do overseas adoptions, and G.O.A.’L works closely with them to obtain an adoptee’s adoption information and connect them with case workers. She says, “We are committed to sustainability and providing the highest level of services based on informed adoptees’ experiences and knowledge.” They work with approximately 300 individual cases per year.

AK stresses that every case is different, “Every person’s emotions and reactions are very individual.” Adoptees travel to Korea at different ages, and “some might have been wondering about this trip for a long time, but they might not do it until later in life. Some do it a little younger, when they start exploring their identity.” AK feels that often adoptees who approach G.O.A.’L, as they grew up, had felt like they were missing information about themselves. They might cling to the little information that they have, but at the same time, they might not know what some of it meant. Or, they might “make up stories…try to piece information together and make a narrative for themselves…Quite often that turns out not to be the truth.”

AK spoke about the different possible outcomes for adoptees and their birth family search overseas. For example, adoptees might travel to Korea expecting to find family members, and then be disappointed when they learn it isn’t possible to make those connections after all. For one thing, adoption records in Korea up through the 1970’s and 1980’s are “quite sparse.” Some of the few records that exist have proven to be “made up.” Or, adoptees might learn information that turns out to be very different from what they had expected.  It’s also feasible to find birth family members who don’t want to reunite with their child or relative. And, of course, adoptees might actually reunite with a birth family member.

Cultural Issues Might Affect the Likelihood of Birth Family Reunions 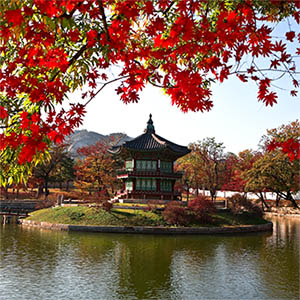 AK spoke about the cultural issues that might arise when an American adoptee searches for and/or meets a Korean birth family member. For example, some birth family members might not want to reunite with their child due to feelings of shame and stigma. In Korean culture, AK shared, Koreans are “amazing at keeping a secret.” She has seen birth mothers who remarried and never told their husbands or new families that had previously given birth to a child. She adds, “This is such a huge burden on a birth mother, to keep this secret for life.” AK notes that throughout their lives, birth mothers often struggle with whether to talk about this: “How do they tell within a culture like Korea when you don’t talk about these things?” For women who were single mothers at the time they gave birth, secrecy and shame are big issues. If they went on to marry and have more children, they might deny that they ever had a baby prior to the marriage. They might refuse to meet the adoptee. They often have no warning before receiving the call or letter that their child would like to meet them, and this can be a shock and feel very sudden.

In some cases, if the birth mother’s or birth father’s parents relinquished the baby and told them their baby had died, they wouldn’t even realize this child existed in the world somewhere. If they are later contacted and told that their child is alive and wants to meet them, this, too, can be shocking information. AK states, “The reunion can be traumatic for all parties…in a happy/sad sort of way – they thought that their baby had died!”

In Korea, therapy is stigmatized. Although it is slowly becoming more accepted, change is very slow. AK cited a group of birth mothers who actually shamed each other. AK described Korea as “newly Christianized,” stating that the majority of Koreans attend church. She feels that they often talk to their priest rather than a therapist.

G.O.A.’L educates Korean American adoptees about Korean culture and how this might impact a birth family member’s responses to them when they do meet. AK states that often, birth parents “transfer all of their Korean expectations on the adoptee.” For example, they can be very blunt, and they might ask pointed questions that people from the U.S. might find rude. They might comment on a person’s body weight, or ask why they are not married. One of the reasons why the birth parent might have chosen to make an adoption plan was the hope for a “better future” for their child, and their questions might pointedly focus on education and jobs.

Families that do reunite often struggle with balancing cultural differences. AK notes that an adoptee meeting with birth family members can “shift family dynamics.” Sibling order is suddenly shifted, with the adoptee now being the oldest child. “This changes the hierarchy of the sibling order.” Suddenly, there is a different focus in the family, and more attention onto this new family member. It can open up a Pandora’s Box, and it can “retrigger old trauma, cause new trauma and lots of stress.”

Often, in the beginning, there can be a honeymoon period where “everything is wonderful.” With time, however, cultural differences become more obvious, as do the language barriers and the geographical distance between everyone. One of AK’s goals is to support adoptees in reunion when they later return to Korea after the initial visit. She notes that it is unusual for birth family members to travel to the U.S., especially older parents who do not have the English language skills.

And of course, AK says, the million-dollar question is this: “Do adoptees experience closure when they reunite with their birth family?” Her answer is that reunion tends to lead to “so many more questions.” Sometimes it is hard to get a consistent story from the birth family about why they made the adoption decision. Sometimes, the adoptee will hear different stories from different family members. It is always hard to predict what a reunion will be like. Visiting Korea and meeting birth family members can add to the confusion for adoptees. Meeting birth family “does not suddenly mean you are a whole person.” AK stresses that this is a “long process.” She believes that an adoptee’s visit to Korea “adds an extra dimension to their understanding of themselves.”

Spring begins an extremely busy time for G.O.A.’L. Beginning in May, they expect visitors from fourteen different Motherland Tours and the IKAA Gathering in the summer. G.O.A.’L arranges their own motherland tour in August and expects many adoptees will take advantage of their 11-day group trip, which offers a much richer experience than attempting a birth family reunion as a “regular” tourist. “If they travel alone or with a friend or partner, it looks more like a tourist trip” without the support of G.O.A.’L’s services. G.O.A.’L’s focus is to enrich adoptees with a deeper cultural understanding of their birth country.

One of the myths that some adoptees have been told is that Korea is a poor country. This trip “clashes with that narrative.” G.O.A.’L helps adoptees “piece together an understanding of Korean society.” They visit museums and temples and “piece together a more traditional side of Korean culture and history that is important for them to know and will help in their understanding of the country.” They also visit Korea House which promotes Korean culture. They take cooking classes, wear traditional dress, learn traditional values and culture, and visit an organization for single mothers.

About G.O.A.’L, AK Salling, and Our Aligned Missions

We are so grateful that AK shared her time and wisdom with us. Her job as Secretary General is rewarding and challenging, and she has a broad range of responsibilities. AK feels that to do this work, “You have to have compassion and passion.” She is an adoptee herself who grew up in Denmark. She states that, although she was not successful with her own birth family search, she believes her own personal experiences help her relate to the adoptees who reach out to G.O.A.’L. She moved from Denmark to Korea in 2013, and became the Secretary General of G.O.A.’L in 2017. This is a two-year job, and she will be leaving G.O.A.’L once they find a replacement for her.

According to AK, when GOA’L was formed in the 1990’s, there was much less awareness around adoption in Korea, and virtually no post-adoption services. Boston Post Adoption Resources (BPAR) is pleased to forge this connection with a nonprofit so closely aligned with our own mission to provide post adoption support throughout the lifespan, to connect all in the adoption constellation to resources, and to educate the public about post adoption services. Sincere thanks to our intern, Michelle (Seungmi) Lee, who recently wrote a BPAR blog about her experiences translating for G.O.A.’L, introduced us to G.O.A.’L, and made this interview possible.

View all posts by Erica Kramer, MSW →
Join Our Mailing List
Don't miss out on blog updates and new resources!