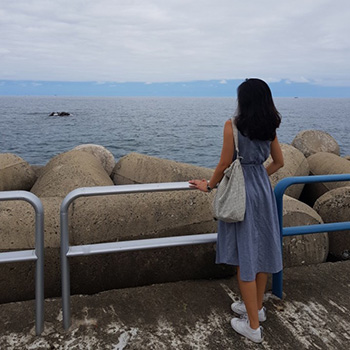 Three years ago, a summer volunteering opportunity as a translator changed my life. I had been struggling to figure out where I belonged, as I called both America and Korea “home.” To me, it felt like my dual cultural identity was a burden that made it difficult for me to fit into one specific group. Both Koreans and Americans assumed I was part of their culture, yet internally I felt that I did not belong to any culture. One summer, I became a translator for Korean adoptees on behalf of Global Overseas Adoptees Link (G.O.A.’L)*, the only non-profit organization which serves Korean adoptees in South Korea. This experience allowed me to value and appreciate my dual identity in ways I never anticipated. Rather than being a burden, my Korean and American identities enabled me to help people communicate across different cultures and build bridges between different groups. I translated for one month, and during that time I learned so much about Korean intercountry adoption. That newfound passion led me to my current role at Boston Post Adoption Resources.

Three Unique Experiences as a Translator for Adoptees in South Korea

By volunteering as a translator, I learned that adoptees’ experiences are all unique. In order to provide support for each adoptee, it is important to not overgeneralize all of their experiences. I realized that birth family searches have psychological impacts on the well-being of the adoptee, as some adoptees have the opportunity to contact and reunite with their birth families, while other adoptees cannot trace their family whereabouts at all and their expectations of reunification are unmet. During the summer of 2015, I had the privilege of translating for three Korean adoptees. The outcomes of the birth family search for each of these adoptees were drastically different. Every time I tried to prepare myself for my next translating task, I was thrown off by experiences that were quite new and unexpected. I cannot imagine the emotions and thoughts each adoptee felt at the time when even an outsider like myself was overwhelmed by the situation. 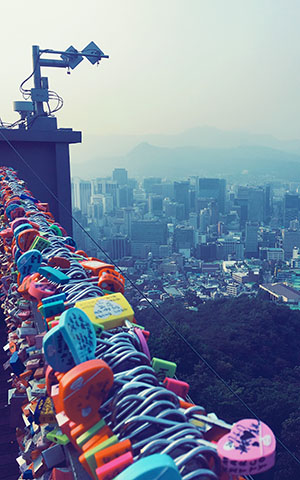 My first translating job was for a young Korean adoptee of preschool age. He was traveling from America to Korea with his family to give thanks to his previous foster family. Many adoption agencies offer free translators when adoptees return to their birth country; however this opportunity is given for only specific situations. Adoption agencies did not offer free translating services for adoptees who were reuniting with a foster parent.  G.O.A.’L. stepped in at this point, and assigned me as a volunteer to translate.  I entered this experience with my own biases about foster families. I suspected that foster parents did not emotionally attach to their foster children. Yet, surprisingly, I witnessed unconditional love and the poignant pain of loss this family experienced. It helped me understand the importance of attachment. I could not imagine the numerous losses this foster family experienced, as this boy was not the only child they had fostered. I also wondered about the child as well, how he must have felt meeting his foster family again at such a young age. The foster mother wanted me to communicate to the boy’s adoptive family that it was extremely difficult for her to separate from the boy. She secretly went to the airport to take one last glimpse of him when he was departing to America with his new family. It reminded me of my own childhood memory of my grandparents grieving the loss of their granddaughter as my mother and I left the airport to immigrate to America almost twenty years ago. Despite my parents being my parents, I remembered the emotions of grief and loss of those who nurtured me for the first five years of my life. I remember the first night in the US, where my five-year-old self couldn’t understand the tears of confusion and shock of needing to live a totally different life. I imagined how difficult it could have been for the young boy, who experienced something similar at even a younger age. This experience reminded me that every story of reunion is unique.  I wondered if this young boy’s positive attachment experience in his foster home would have a strong impact on his ability to adapt and attach in his adoptive home and throughout his life. For me, I mourned my grandparents because of the unconditional love I was already receiving, and I know it is from their big hearts I learned to love everyone around me. I hoped that his adoptive family’s trip to South Korea to reconnect with his birth culture and adoption alliances would also be an important step in his adoption journey. 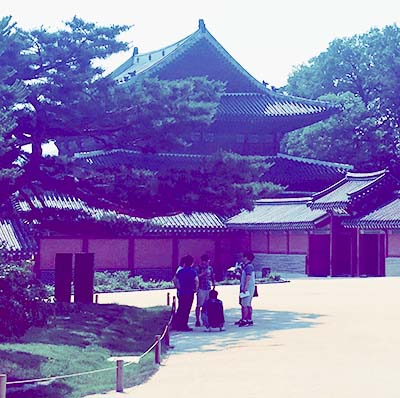 Changdoek Palace, central Seoul, home of the government of the Chosun dynasty until the early twentieth century

As time passed, I realized that until now, I had a unique and valuable life experience as a young Korean woman who has experienced both Korean and American culture.  I have the privilege of being able to communicate and immerse myself in my birth culture. Many Korean adoptees do not have this experience. One adult adoptee I translated for was reuniting with her birth mother. I understood that I had the responsibility of providing crucial communication between the adoptee and her birth culture during a very critical point in her life.  This experience was extremely challenging for me, as I understood the consequences of failing to communicate accurately between the two parties. I had to stay neutral and emotionally stable, yet send their messages within their own unique cultural and emotional contexts. This paradoxical task was so difficult for me. The reunion consisted of the adoptee visiting with her birth mother and asking several questions about her adoption. The reunion itself was done in a very calm and quiet manner, which definitely was drastically different from the dramatic and chaotic reunions I have witnessed in the media. Due to the language barrier, the birth mother communicated with her birth daughter more through actions than words, serving her extra Korean BBQ, holding her hand while they walked side by side, and showing eagerness to buy her favorite food. It seemed that despite the need for a translator, she would have like to have held intimately deep discussions with her birth daughter without my presence. As I witnessed these actions and simultaneously translated, it was a challenge for me to set a boundary between me and the daughter and mother in order to provide privacy and allow them to make up for lost time in a matter of hours. The process happened so quickly, and even to this day, despite this experience having a great impact on my life, it is rather a blur in my memory. One thing I have learned truly from this experience is to not make assumptions about individuals, and especially in this case, birth mothers.  I now recognize society’s need to break our preconceptions about these particular women.  (Please read my previous blog titled “South Korean Birth Mothers — Their Invisible Heartache” for more of my thoughts about birth mothers in this country.) No matter the situation, birth parents have made a very difficult decision that they know will bring them lifelong loss, grief and silence.

Not all adoptees experience the miracle of reuniting with a birth parent. My last translating task was for a man who was trying to complete the puzzle of his own adoption story. He had come to Korea to reunite with the man who originally found him and his birth mother in very poor conditions on a brutally cold night. The man had saved the adoptee’s life as he was an infant suffering from hypothermia. His mother was transferred to a local hospital to recover and the boy, after recovery, was sent to an orphanage. Under hospital policies, medical records which are more than ten years old are disposed of, and it was  impossible to track any records of the adoptee’s birth mother. I wondered how it felt to come to the realization that he might never be able to find his birth mother. As we were on the train returning to Seoul, I tried to put myself in his shoes. I imagined a life where I could never find the person who has physically given birth to me, who shares my blood and biology, and looks like me. How would that shape my identity? How would I navigate through my heritage, culture and where I belonged? How would it impact my life and my view of the world? My heritage is a sense of pride and passion for me. From all the stereotypes, discrimination and other things I experienced in America, it was what protected me from potential feelings of inferiority and worthlessness. As I translated for this man, I witnessed his resilience. He was calm, insightful, grateful and positive as he gave much thanks to the man who saved his life so many years ago. His willingness to construct his own identity by combining both his adoptive and birth cultures was powerful to witness. 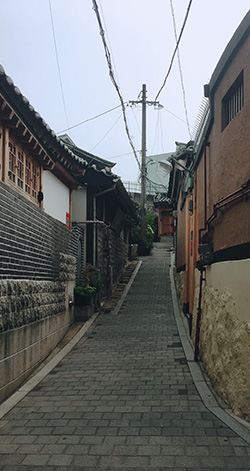 There are many things I would like to tell transracial and/or intercountry adoptees after this short, yet enriching experience. Adoption is truly a lifelong journey, and there will be many challenging experiences along the way. There are going to be experiences that people surrounding you might not understand. At times, it might get lonely and frustrating. Connecting with other adoptees might feel very supportive throughout this journey.  I know that I am not an adoptee, and when I return home, I come to a place with people who look like me, who share my identity and share my culture. However, having worked at G.O.A.’L and Boston Post Adoption Resources, I know this:  Through it all, know that as an adoptee, you are built of steel, as your resilience was challenged from the very beginning. It is up to you how to construct your identity. No one can tell you who you are, who you should become and who you were. You are valued no matter what. There is a whole adoptee community and adoption alliances that exist to support you.

View all posts by Michelle (Seungmi) Lee →
Join Our Mailing List
Don't miss out on blog updates and new resources!