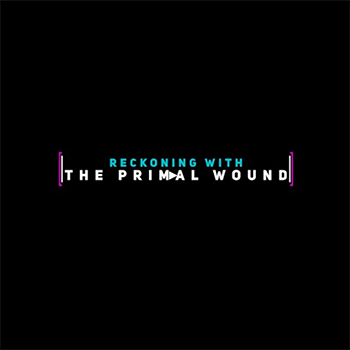 Reckoning with the Primal Wound is a documentary film produced and directed by Rebecca Autumn Sanson. In this raw, powerful documentary, Rebecca Autumn brings in her perspective on adoption trauma as an adoptee and brings in her birth mother Jill Hawkin’s narrative on the loss of adoption. The film starts with Rebecca Autumn growing up wondering about her birth mother and without knowing much about her history. Through their adoption case social worker, Rebecca learned her birth mother, Jill, had given a box of keepsakes to her adoptive parents, but they had never mentioned it to her, nor had they ever conveyed any sort of message that her birth mother might have cared for her deeply or that she might miss her daughter. The box had apparently been lost during a family move, so she realized she would never have a chance to see what her birth mother had hoped to share with her someday. We are able to understand their experience of loss and grief and feel so much compassion towards the loss of the child and the birth mother in the stories.

The film asks us to understand relinquishment trauma—that to separate the birth mother and the baby is unnatural, therefore, there is trauma. It is important to understand that the child and birth mother’s separation is a profound loss that needs to be acknowledged, seen, supported, and cared for. The film features Nancy Newton Verrier, the author of The Primal Wound, Understanding the Adopted Child. Verrier believes that “The damage done by the separation of a child and its biological mother culminates in a primal wound that must be acknowledged in order to heal.” A lot of work is needed within the adoption system, including acknowledging how the omissions and missing parts of someone’s history impact the adoptee’s life. 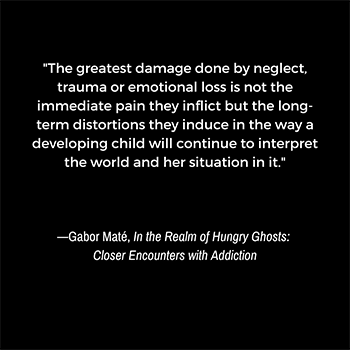 The Failure to Acknowledge the Trauma of Adoption

Nancy Verrier points out the systemic problem of adoption: “Our failure to acknowledge the devastation of separation from the birth mother on adopted children extends into many other areas of our society, where we routinely ignore or deny the impact of loss.” She continues, “Being separated from their birth mothers and handed over to strangers in the adoption process is the only trauma where the victims are expected by the whole of society to be grateful. They are not grateful; they are grieving, and the original abandonment and loss are the sources of many other issues for the adoptee” (Verrier, p. 79-80). There must be an acknowledgment towards the potential outcome of trauma to arise within the adoption process. By providing trauma-informed adoption social services and mental health counseling, this will support the child’s psychological development. This also allows the birth mother to recognize and process the separation trauma.

The movie addresses microaggressions and microfictions that adoptees experience throughout their lives. Adoptees often get asked intrusive questions about adoption and they experience microaggressions. They also experience microinvalidations—for example, when their race and ethnicity are not acknowledged—and microinsults in the form of subtle and insensitive comments about their adoption. The microfictions they experience include being told partial truths and not receiving withheld information about their histories. One common microfiction story tells them they are the “unwanted baby,” and the loving “savior” family took the child in, so life from that point forward will be filled with happiness and gratitude without recognizing the child’s need to learn their history and grieve over their first loss.

Adoptees who grow up living with the unknowing often experience the feeling of not quite fitting in, even though life seems so good on paper and others tell them how “lucky” they are to be loved by families and friends. The adoptee may seem to have everything, but still, they may feel a profound sense of loss and “pretendingness” growing up. They may think there must be something wrong with them or “I must just be hard to connect with” because they might struggle to connect in the same way that biological kids are able to connect with their families and parents. There is often a struggle to feel safe and “normal,” feeling different or unable to fit in. These feelings and thoughts may causes a high level of shame for adoptees.

Adoptees often have the feeling of “leftoutness” even in family reunions. The leftoutness can be experienced both in the adoptive family and with the birth family. The primal wound, “occurring before an infant has begun to separate its own identity from that of its mother, may result in a feeling that part of oneself has disappeared, leaving the infant with a feeling of incompleteness or lack of wholeness” (Verrier, p. 38).

Trust and Fear of Abandonment

The themes of trust and fear of abandonment are raised in the documentary. They note, “If I can’t trust my own birth mother, who can I trust?” Children often proactively reject others first to avoid the hopelessness and despair that rejection brings. Behavior that looks like pushing others away can be driven by a conflict between wanting to be close and comforted and a need to protect themself from rejection. They may send the mixed message that “I hate you, but don’t leave me.” Oftentimes, others may take it personally and feel hurt, and react to adoptees’ internal fear and external expression of this separation trauma. Therefore, it is important for others to understand the adoptee’s struggle to trust and fear of abandonment.

In the film, Rebecca Autumn’s birth mother Jill suffered from depression and traumatic amnesia, “a transient state of confusion, disorientation, and memory loss that occurs immediately following a traumatic brain injury,” after the separation from her daughter whom she named Autumn. Jill grieves the loss of her daughter every time she sees leaves falling from the tree in the fall. Rebecca Autumn changed her name from Rebecca Sanson to Rebecca Autumn Sanson in her adult years while searching for her birth mother. Nancy Verrier believes “Birthmothers, many of whom have been hospitalized for attempted suicide, experience similar feelings of desperation. They are physiologically, emotionally, and spiritually ready to welcome into the world and bond with their babies, but never have the chance to do so. They, too, are left with the feeling of waiting for something to happen that never happens. They experience the black hole of despair, instead of the pure, white light of union with the child.” (Verrier, p.46)

Rebecca Autumn reunited with her birth family in the documentary and learned about her adoption history as well as Jill’s story. Many adoptees and birth moms have gone through separation trauma and often could not find a space or a person to support their healing. As a community, it is our responsibility to support and care for anyone who has been impacted by adoption trauma. We could start with recognizing the first loss, and understanding the primal wound of the child and the birth mother by telling the authentic truth. Society needs to start acknowledging relinquishment trauma, to care about birth mothers who were separated from their children, and understand the profound loss and grief they both carry.

Posted in Adoption, Birth Family Search, Birth Parents, Movie & TV Reviews and tagged trauma
← “the Me you See” – Using Performance Art to Share a Personal Adoption ExperienceAdoption-Competent Therapy — What It Is, Why It Matters, and How to Find It →

View all posts by Elena Li →
Join Our Mailing List
Don't miss out on blog updates and new resources!